Strategies To Get The Greatest Benefit From The New Tax Laws

In my last article on the topic of tax law changes, I noted several steps that you could take to reduce your 2017 taxes.  Many of those strategies required immediate action and created a rush of activity.  But even if you didn’t get an opportunity to take advantage of those ideas, there are still many things you can do in 2018 and beyond to reduce taxes.

The new tax law is hundreds of pages long and is anything but a simplification of the law.  Many long-standing itemized deductions have been greatly reduced, like real estate and state taxes.  The standard deduction for a married couple filing jointly is now $24,000.  Congress did not repeal the alternative minimum tax.  All of these changes are creating confusion.  Clients are asking, “what do we do now?”

Fortunately, my colleagues and I have been examining the actual tax laws, all 500+ pages, to determine how to help you.  I’m happy to report that there are more options to reduce taxes than you might have heard about from other sources.  Here are some of my best ideas about what to do with taxes in 2018 and beyond.

So many itemized deductions have been eliminated that it is easier to list those that are still available.  Here is the list:

For itemized deductions, that is all there is.  But the real problem seems to be that married taxpayers filing jointly may not see any benefit at all from trying to itemize deductions.  If a married couple’s total deductions are less than $24,000, the new standard deduction, why bother itemizing at all?  I have an idea to help. 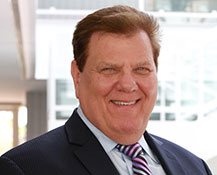 By Wayne Janus
See All Articles From This Author >
View Profile >
Connect on LinkedIn >
"I take great pleasure in helping my clients find better and more tax efficient ways to pass their wealth on to the ones they love and the charities about which they are passionate."

If you are in that situation, where your annual deductions tend to be at or below that $24,000 threshold, what should you do?  I believe a new strategy will quickly become popular.  People will start “bunching” deductions in one year so as to itemize and then take the standard deduction in the following year.  This could be a very effective approach to maximizing deductions to reduce tax burdens.

Let’s take a simple example of a couple who gives $10,000 a year to charity, has annual real estate tax of $5,000 and investment interest each year of $7,000.  The total of $22,000 is below the allowable standard deduction.  If these are recurring amounts, this couple would never get to deduct any of their itemized deductions as the standard will always be higher.  I would advise this couple to:

By doing this, the couple will have total deductions this year of $37,000 versus a standard deduction of $24,000.  In year 2 the couple would have no charitable deductions (they bunched them into year 1), no real estate taxes (they prepaid them) and no investment interest expense since they would delay the payment of that into year 3.

In year three, the couple would restart the cycle by once again bunching $20,000 of charitable donations, prepaying the $5,000 of real estate tax plus the $5,000 for the current year.  Also, they would pay the $7,000 of investment interest they still owed from year two in January, plus another $7,000 of investment interest they owe for year three.  I believe this bunching strategy will become quite popular.

Some Additional Examples Of Creative Bunching

People will discover how to be very creative in learning how to bunch deductions every other year followed by taking the standard deduction in the following year.  Some ways this can be done are:

Take a moment and think about deductible expenses that you might be able to bunch up.  I bet you’ll come up with some ideas that could really help you.  It also would be good to have this discussion with your tax advisor or wealth manager.  There is one other strategy that I think will become very attractive, although it requires some explanation and some caveats.

Should HELOCs Be Used For Bunching?

One of the major complaints about the Tax Cuts and Jobs Act of 2017 (TCJA) is that the deductibility of mortgage interest has been greatly reduced.  That may not be accurate, depending on your situation.  I believe there is an opportunity to use HELOC’s to reduce taxes.  Allow me to explain.

Under the former tax law, there was a distinction made between “acquisition indebtedness” and “home equity indebtedness.”  Acquisition indebtedness was mortgage debt used to acquire, build or substantially improve a primary or secondary residence (but not an investment property).  Home equity indebtedness was defined as mortgage debt that was secured by the primary or secondary residence to be used for any other purpose.  This could include paying for college, paying off credit cards or buying a new car.

Under the old laws, interest on up to one million dollars was deductible on mortgages used to acquire a home, what we would call a primary mortgage.  But interest payments on HELOCs (home equity line of credit), which fell under the category of home equity indebtedness, were only deductible on amounts up to $100,000.

What’s important to understand is not the classification of the loan, whether it’s a primary mortgage or a HELOC, but how the proceeds are to be used.  In other words, if you use a HELOC to “acquire” your home, the interest payments are deductible on amounts up to $750,000.  This is a real game changer.

A person with a $700,000 mortgage could refinance that loan with a HELOC that does not require interest to be paid every month.  That’s important and what allows this strategy to work.  Many HELOC’s offer this level of flexibility.  That would allow the person to bunch up their mortgage interest payments every other year to get a real tax benefit.  What might this look like?

If this person had a standard mortgage, over the course of 2 years their interest deductions would have barely exceeded the $24,000 standard deduction.  They would likely have only claimed $50,000 for the two years.  But with the HELOC, they could claim $24,000 year 1 (the standard deduction) and $50,000 year 2 for a total of $74,000 in deductions.  That’s quite a tax savings.

Of course, the benefit of doing this would have to be weighed against switching from a fixed rate loan to a variable interest loan.

This strategy of doubling up deductions to take advantage of the standard deduction does not just apply to people of modest means whose itemized deductions are less than $24,000 a year.  I have a client whose income exceeds a million dollars a year.  We knew that in 2018 he would only be able to claim two deductions.  He would only get to deduct $10,000 for taxes, even though he paid far more than that, plus $100,000 for annual charitable gifts.

By prepaying his charitable gifts, he will be able to take $24,000 per year of the standard deduction ($14,000 more than his itemized deductions), thereby generating a “free” $70,000 of extra deductions for the next 5 years.

That’s nice, right?  But this client was also happy about a couple of other things.  This move simplified his tax return quite a bit, which he liked.  The less time he spends thinking about taxes, the happier he is.  But this also allowed him to forget about tracking every single expense, like in the past, that he planned to itemize.  He spends that time now thinking about other things, like family, friends and work.

I have one final comment about taxes for 2018.  More than half of my clients have been paying the alternative minimum tax (AMT) in the past.  It is true that Congress did not repeal AMT.  However, they raised the exemption significantly and the threshold when the exemption would be phased out (to a million dollars).  Those changes, plus the fact that most of the deductions which caused people to be in AMT have been repealed or reduced (noted below), change the game quite a bit.  The new rules regarding AMT are:

My preliminary forecasts for my clients indicates that none of them will be in the alternative minimum tax this year.  That is likely to be the case for future years as well (until 2026 when we revert to old law).  Will this be the case for you?  That’s hard to say, but here is something to consider.

There is a fair amount of debate among professional tax and financial advisors about how AMT will impact people.  My last article made comments about AMT that stirred the pot a bit.  What I am finding is that most professionals who assume AMT will impact their clients are not doing the math fully.

So, my advice is don’t’ simply assume that just because AMT was not repealed and just because you might have been in the AMT in the past that you will automatically be impacted by AMT moving forward.  It is possible that you could avoid AMT if your tax advisor takes a very close look at your situation.

To be clear, just because someone is no longer subject to AMT, this does not necessarily mean that they would see a decreased tax liability.  But they won’t know the answer to that unless someone completes a thorough tax analysis for them.

In my next article, I plan to explore the tax benefits that are now available through qualified business income.  This opportunity is more complicated and is limited to individuals with ownership interests in one or more businesses.  However, it is an exciting prospect to realize substantial tax savings.

The Tax Cuts and Jobs Act of 2017 is raising a lot of concerns with people.  Change is always hard and these tax laws certainly do present a lot of changes.  However, we are finding ways to help our clients save money on taxes by closely scrutinizing the actual tax laws and then coming up with creative solutions.  If you’d like to understand more about how our analyses can benefit your situation or someone you care about, let’s have a conversation.

© 2018 Whitnell & Co.  The information contained in this article is provided for informational purposes only. No illustration or content in it should be construed as a substitute for informed professional tax, legal, and or/financial advice.