Is Money Your Legacy?

How To Think About What You’ll Leave To Loved Ones

Most people want their children and grandchildren to do better than they’ve done. They want their heirs to be safe, to thrive, to achieve their full potential and maybe even avoid some of the suffering they’ve encountered. This desire often shapes the choices they make, sometimes in subtle ways that may not be obvious to them. But their motives and goals often come to the forefront during the process of legacy planning.

Most affluent people know that money will be an important part of what they leave their heirs, but maybe not the most important part. I’ve noticed that my affluent clients sometimes struggle to talk about what else they’ll leave their heirs besides their wealth and their memories. If you’ve struggled in this area, I’d like to provide some ideas for how to think about and enhance your entire legacy, not just the wealth you’ll leave to loved ones.

SOME REFLECTIONS ON MY FATHER’S LEGACY

My dad recently became ill. As I drove from Illinois to Indiana to see him, I had a chance to reflect on his legacy. I have said for years now that my father changed the trajectory of our family. The Henderson family line that I descend from is not known for wealth. If I were to pick two words to describe our family, when I was growing up, they would be “hard work.”

My father ran a concrete construction business. The concrete industry is really tough because it’s physically demanding and highly competitive. The work crews are often exposed to the hot sun for long hours, doing work that drains their bodies. Concrete work can also be very seasonal, subject to feast or famine cycles.

My dad’s business philosophy was simple. Do the best work you can do in the shortest amount of time possible and then move on to the next job. That’s the only way we could turn a profit. Quality and efficiency drove our business. My dad would say: “do it right the first time.”

By the time I was 16, my dad was putting me in charge of work crews that were much older than me. I think he saw leadership potential in me and wanted to mature it by exposing me to situations where I had to make decisions and live with the consequences. He pushed me outside of my comfort zone. When I look back on those years between 16 and 21—when I was often working full-time in the family business—I think of this as graduate school in entrepreneurship and life. My dad was my teacher.

I always knew he wanted to talk to me about something when he’d say: “get in the truck.” He’d drive around to the next job or to pick up supplies and talk to me about what was on his mind. I was respectful and I listened. To this day, I remember a lot of the things he told me. I suppose I was in my 30s before I recognized the importance of those truck lessons.

Sometimes my dad would talk to me about clients or particular jobs that were frustrating for him. Sometimes he’d describe decisions he needed to make and what he thought the results might be for each option he was considering. More than anything, he let me inside his head, showing me how he thought and solved problems. Sometimes he’d ask for my opinion on things and we’d talk about my ideas.

I am very grateful for those lessons in my dad’s truck because it taught me to think like an entrepreneur at a young age. I learned about risk and reward. I learned about how to manage people and work with many different personality types. I also learned how to take responsibility, as a leader, for situations where it didn’t seem like I had much control. I learned the value of influence over authority.

My dad valued family. He and my mother are still married. Besides hard work, he also valued sports, encouraging me to be a good teammate and to be the best athlete I could be. Maybe most importantly, he valued education. He wanted me to have the unbeatable combination of practical experience and a good education. This was so important to him, in fact, that he made it his mission to ensure that each of his children went to college and earned degrees.

This is how my dad changed the trajectory of our family. Me and my siblings will get the opportunity to do better than the generations who came before us because of our father’s hard work and insistence that we get a good education. That’s quite a legacy. 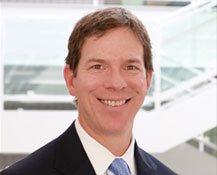 By Brian Henderson
See All Articles From This Author >
View Profile >
Connect on LinkedIn >
"Financial planning is the cornerstone of wealth creation. This is why I am so committed to helping my clients build the right financial plan, tailored to their unique family."

LEGACY AND THE AMERICAN DREAM

After thinking about my dad’s legacy for a while, I started to ask myself this question. Who will leave a more impactful legacy to their heirs – me or my dad? That’s a tough question. At this point in my life, my wife and I have an opportunity to leave more money to our children than my parents will leave to me and my siblings. But will we leave a more powerful legacy? I’m not so sure about that.

This raises an important question. How important is money in our legacy? This is an area where I believe many of us get tripped up into believing things that may not be true. I’ve come to believe that the American Dream, as elusive as that seems to be these days, is primarily about opportunity. For some people, that opportunity seems to be about leaving more money to their heirs than their parents left them.

But this really does not align with my experience in serving affluent clients. Over the last decade or so, I’ve been privileged to serve dozens of families who have done very well. This has given me the opportunity to view the financial standing of multiple generations of the same family. Here is a trend I’ve noticed.

Many second and third generation heirs of first-generation wealth creators may not leave more money to their heirs than their parents left them. This seems to be contrary to how many of us believe the American Dream should work. In fact, more than one client has expressed concern about leaving their heirs too much money.

For me, this foregrounds a question that I believe is at the heart of this issue. What is the role of money in the legacy we leave our loved ones? I have come to take a particular view of this question and I’ve found that this perspective provides clarity and peace of mind for many of my clients.

HOW DO YOU VIEW MONEY?

While money can’t buy happiness, it can certainly provide options that are not available to people without money. Economic necessity shapes the lifestyles and choices of most people. If we want a certain lifestyle and the only way to achieve that lifestyle is through hard work, we’ll spend most of our life’s energy working – even if we don’t like the work or find it fulfilling. Every day, millions of people have to answer the question—how hard am I willing to work to achieve the lifestyle I want for me and my family?

But heirs of affluent families, if they are good stewards of the wealth they inherit, do have not have to answer that question. Their basic lifestyle needs are probably already covered. This puts them in the enviable position of choosing to do things with their life that are deeply meaningful to them and possibly things that will have a positive impact on the world around them. For example:

I’m not suggesting that everyone who inherits significant wealth will enter a low-paying profession. Some of my second-generation clients will actually build more wealth than their parents. But the point I’m making is that they don’t have to. After working with dozens of affluent families, my view is that money equals choices.

The problem with choices is that they can be good or not so good. You’ve likely heard the story of the prodigal son. Two brothers stand to inherit wealth from their father. The prodigal son demands his portion, even before his father’s death, and then spends it frivolously. His brother stays home and works the family farm. The prodigal sees the wealth as his, to do with as he pleases. His brother sees the family wealth as a trust, something he is responsible to maintain.

I liken this to two different views of inherited wealth: ownership or stewardship. Most of my affluent clients want their heirs to view their inheritance as a trust, something they are responsible to steward. Not one of my clients want their children to act like a prodigal. In fact, this is often a top concern.

WHAT MOST WEALTH CREATORS SEEM TO WANT FOR THEIR HEIRS

In my experience, most first-generation wealth creators seem to want three things for their heirs. First, they want their heirs to self-actualize, to realize the full potential of the gifts and abilities they were born with. This is why many of my clients invest a great deal in education, extracurricular programs and opportunities to grow their heir’s inherent capabilities.

Very few people are given the opportunity I had to travel around in my dad’s truck and listen to him problem-solve and struggle to make the best decisions. I find that children of affluent parents often don’t know what their parents went through to create the wealth that has been a part of their life all along. Sometimes the heirs may not have shown much interest. But often times, I find the wealth creators tried to shield their heirs from their struggles.

But here’s the thing. I would never have known that my dad’s business was predicted on the values of quality and efficiency—I would not have known what those words actually mean in the real world of hard work—if I had not lived them. I know my dad’s story. I know his sacrifices and the risks he took because I was a witness to them.

If your heirs don’t know your story, the risks you’ve taken, the sacrifices you’ve made, it’s unlikely they will really understand or fully appreciate where the wealth they’ve enjoyed most of their life actually came from. This is why it’s so important to document your story. It can be a bulwark, a defense, against frivolous behavior.

If you want your heirs to realize their full potential, to become productive citizens and to be good stewards of the wealth you’ll leave them, tell them your story. If you don’t, your story will be lost to time and they may never really understand. If you’re wondering what else you’ll leave your heirs besides money and memories, please allow me to suggest that your story is what they really need.

HOW TO GET STARTED

I help my clients do this through a process I call The Book. For every client who is willing, I create a book that contains all of their vital information in one location. I’ve written about this in other places. Part of the book can include the story of how the wealth was created. If you’d like to create such a story for your family, or if you know someone would could benefit from this, let’s talk.

© 2020 Whitnell & Co.  The information contained in this article is provided for informational purposes only.